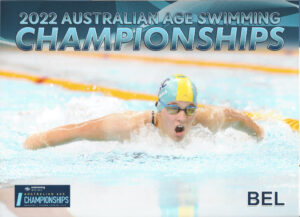 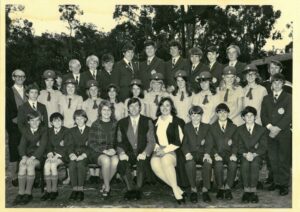 This week is National Boarding Week. Our School was the 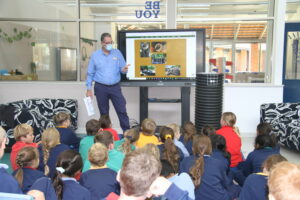 Year 3 students discovered the power of persuasion, by combining Last Term we farewelled a longstanding staff member, Mr Bob Marshall. It is with gratitude that we acknowledge his considerable contribution to our students and most recently as our Swimming Coach, particularly his leadership in our School’s participation in the Rottnest Channel Swim, pioneering the tradition 23 years ago.

Over the years, Mr Marshall has exemplified commitment and resolute dedication to the School, having been involved in many areas besides as the Swimming Coach including significant contributions as a teacher of Business and Accounting, Head of Goldsmith House, and initiating the Girls’ AFL club (it is worth noting that during WA’s Centenary of Women’s’ Football celebrations in 2015, he was named as one of WA’s most influential men in the development of Female Football in the State).

His is however, an unlikely supporter as he described himself as once being a ‘sceptic’ of the private school system.

According to Mr Marshall, he was a blue collar product with anti-private school attitudes but the people he met at Bunbury Cathedral Grammar School coupled with freedom, dramatically shifted his opinion.

Mr Marshall joined the School in 1997 despite his reservations and explained how his attitude was swiftly altered.

“On the first day I walked in to Bunbury Grammar, I loved it and I have been there ever since,” Mr Marshall said.

Since this day, he has become an advocate and passionate believer in Bunbury Cathedral Grammar School and the benefits it provides.

“I have enjoyed the School, its system and the recognition which rewards people for their efforts,” he explained.

“One of the best systems I have seen in 34 years of teaching, is the vertical integration at Bunbury Grammar. It provides continuous growth from Year 7 to Year 12 and has led to closer connections between students with mentoring of younger students,” he added.

When Mr Marshall began at our school 25 years ago, he taught in a relief teaching position for accounting and business before moving into a permanent job and then into a pastoral care role as Head of Goldsmith House. When comparing his different roles at the School, Mr Marshall has cherished teaching above all else.

“Hands-on teaching beats anything else as you get to see the growth and development of the students. I did it for the ‘eureka’ moment as it gave me a buzz and kept me coming back for more,” he said.

While Mr Marshall retired from teaching in 2011, he has remained as a respected and admired swimming coach for the students in the School swimming program, including the squad for the South 32 Rottnest Channel Swim.

His long history of coaching started 47 years ago and during his time as swimming coach for Bunbury Grammar, he has helped numerous students to fulfil their dreams.

Mr Marshall has coached for a variety of different sports, including swimming, football and rugby, which is driven by his passion for sport.

“I adore sport and my passion stems from this love – it personifies everything about life: it teaches you resilience, hard work, perseverance, commitment, companionship and love and most of all humility,” he said.

When reflecting on his time at Bunbury Grammar, his fondest memories include the year of 2002 when Goldsmith won all the carnivals; the awards received for business education at the School; the inception of the girls’ football team in 1998 and when the girls’ team became the top team in WA in 2008.

The crowning glory and a definitely highlight for Mr Marshall however, is the annual Rottnest swim which started in 1999 and has now become a School tradition.

“Seeing one-hundred-and-eighty students complete the Swim over 22 years! The Rottnest Channel Swim involves so many people and unites the School community for a common cause. I am amazed at how many people are so generous with their assistance” he explained.

As Mr Marshall begins a relaxed, easy-going retirement, the thing he says he will miss most will be the students.

“I will miss watching the students grow! And having them come back to help out is also such a big thing for me. It’s unbelievable! But I have no clue about retirement plans. I am going to live day-by-day, read, garden, go out and have a coffee with my wife, do a little bit of swimming history research.”