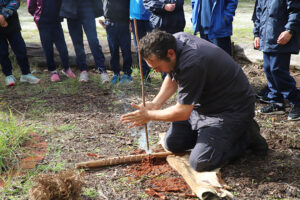 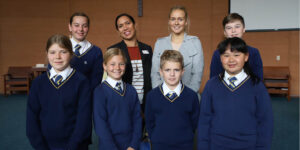 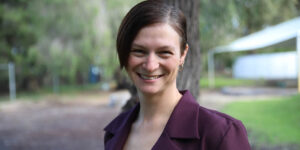 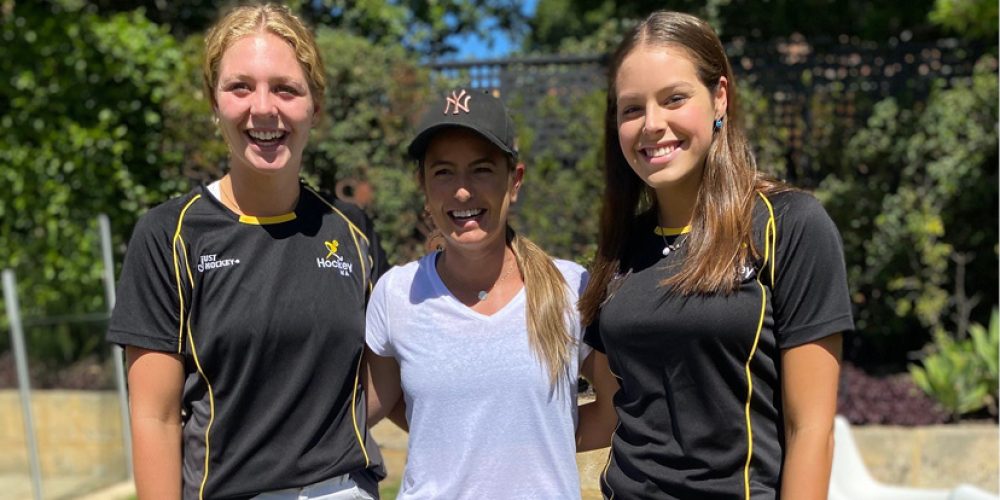 Mikayla and Sari were delighted to receive their shirts from a former Bunbury Grammar student.

“It was pretty cool knowing that even players from regional areas such as Jayde Taylor can make it as far as the Olympics. It also gives me hope that maybe one day I could also achieve this goal,” Mikayla said.

Sari agreed with Mikayla’s sentiments, adding that, “It was really nice to receive my shirt from a previous Bunbury Grammar student because it shows that people and kids from the country can get to the very top and that she is just like us and got there through her hard work.”

Mikayla and Sari are excited to be representing Western Australia, travelling to Perth three times a week as part of their training regime for the U18 team.

“It is an exciting feeling knowing that the hard work, time and dedication you have put into your sport has paid off,” Mikayla said.

“I’m really excited to represent WA and develop my hockey at the next level,” Sari said.

Sari’s inspiration comes from a wide range of role models.

“I admire people who have achieved different things in their lives and have good values and goals. Athletes such as Ellyse Perry because she represented Australia in multiple sports; people who have overcome problems and found solutions instead of complaining, like Emma Carey who broke her back in a skydiving accident and was told she would never walk again but can now walk on her own and finds the positives in life and makes the most of her life that she may have never had,” Sari said.

Mikayla’s role models are closer to home and include her coaches.

“Most of my role models uncommonly are my coaches that have helped me to get where I am today: Coaches such as Lawrie Tylor, Terry Letts, Nic Arrold, Anita Scott and I am sure many others,” she said.

Both Sari and Mikayla have been playing hockey from a young age.